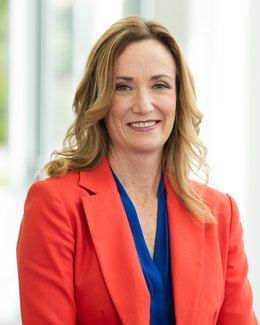 Kelly Chanfrau is a well-respected attorney who has successfully represented many individuals and Fortune 500 companies in matters of employment law and personal injury. She was recently honored as the “2017 Woman of the Year” by the Volusia-Flagler Association for Women Lawyers (VFAWL), and has been named one of the “Best Lawyers in America - Labor Law” in 2016 through 2019. She also retains an AVVO rating of “10.0 Superb.”

Recently, Kelly Chanfrau submitted a White Paper on the Harvey Weinstein verdict. She draws upon her legal expertise and experience to share her thoughts on the #MeToo case that has drawn the nation’s attention.

Rape and Under Reporting

Unfortunately, the number of police reported rapes falls far from representing the actual number of rape victims. This is because just 34 percent of rape victims come forward and report their assault to the police.

Do We Believe Women?

Chanfrau believes that the reason many rapes are not reported is because of the vast obstacles that reporting rape victims have to face. Women who come forward with their allegations are faced with a scrutinizing and intimidating legal process. Many are questioned to the point that they feel as though they are the ones being accused.

And sadly, many women are not believed. As Chanfrau states in her article, “the voice of the rapist - particularly if he is wealthy and in a position of power - all too frequently outweighs that of the victim.” When it comes down to it, many women shy away from reporting sexual assault because they fear that they will not be believed.

How Many Women Need to Come Forward?

As Kelly Chanfrau notes in her paper, many, including the State Attorney’s Office, have touted the Harvey Weinstein case, and his guilty verdict, as a monumental moment. However, Kelly argues that, if we look at the numbers, we will find that this is actually far from the case.

Harvey Weinstein, and many rich and powerful men like him, have faced allegations in the past, without consequences. In 2015, a credible assault victim came forward with allegations against Harvey Weinstein and the D.A.’s office declined to prosecute. It is only after the recent #MeToo movement, along with over 100 women reporting being assaulted by Weinstein over the past three decades, that he finally faced charges.

Chanfrau points out that the same is true in many other infamous cases. Bill Cosby had 60 accusers, Larry Nassar has been accused by 140 women, and Jeffrey Epstein has 23 reported victims. It is fair to ask how many women need to come forward before rich and powerful men are held accountable for their predatory actions. For her part, Kelly Chanfrau says she looks forward to a day when just one woman’s word is enough.

If you are looking for a respected and trusted attorney to fight on your behalf in a personal injury or employment law case, Kelly Chanfrau and her legal team at Chanfrau & Chanfrau can provide the representation you need. To learn more about our legal services, contact us at your earliest convenience or call our Daytona Beach office at (866) 332-9553.