Motorcycle Lane Splitting Accident By Kelly Chanfrau, Esq. on May 18, 2022 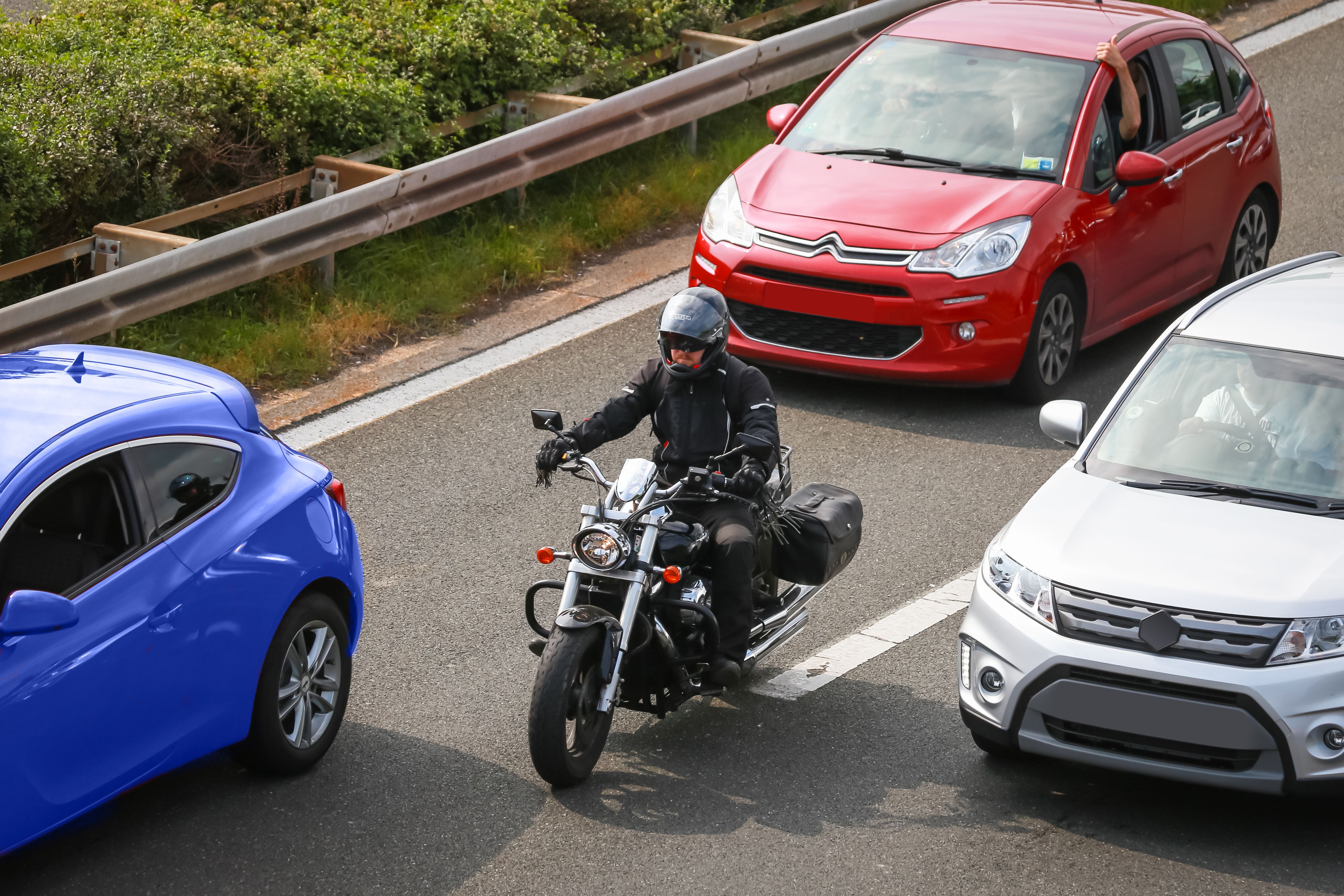 What Is Lane Splitting?

The term “lane splitting” describes the act of a motorcycle traveling between two marked lanes of traffic that are moving in the same direction. Because motorcycles are smaller than passenger vehicles, they can either scoot to one side of a lane (so that they are driving beside another vehicle in the same lane) or ride along the lane divider (so that they sit directly between two lanes of traffic). Motorcyclists often lane split to bypass traffic congestion.

Is Lane Splitting Legal in Florida?

In Florida, as in most other states, lane splitting is not allowed. Florida law specifically prohibits overtaking in the same lane as the vehicle you are passing, or operating a motorcycle between or adjacent to rows of vehicles. If a motorcyclist in Florida is caught lane splitting, they can be issued a citation and fined.

If I Am Injured in a Crash Involving Lane Splitting, Can I File a Claim?

Since lane splitting is illegal in Florida, motorcyclists are likely to wonder if they have the right to file a personal injury claim if they are injured in a motorcycle crash that took place while they were lane splitting. Although lane splitting is not permitted in the state of Florida, riders can file a claim against another driver if that driver is liable for the crash. However, the amount of damages awarded may be lowered under the system of comparative negligence.

Personal injury laws in Florida follow comparative negligence. These laws assert that, while drivers have a duty of care to others on the road, injury victims are also responsible for exercising reasonable care. If an injury victim does something that contributes to an accident, or to the degree of accident injuries, they can be found partially liable for their own damages.

Comparative negligence can directly impact the amount awarded in a motorcycle accident claim involving lane splitting. For instance, if the court decides that a motorcyclist is 30 percent at fault for an accident, because they were lane splitting, then the total amount of accident damages that could be awarded would be lowered by 30 percent. In other words, if the injury victim suffered $100,000 in damages, they would only be awarded $70,000.

Even if you were lane splitting when a motorcycle accident occurred, liable parties can still be held accountable for accident damages. To discuss your case and find out how much compensation you may be due, schedule a consultation with the motorcycle accident lawyers at Chanfrau & Chanfrau. To get started, send us a message online, or call our Daytona Beach law firm at (386) 258-7313.