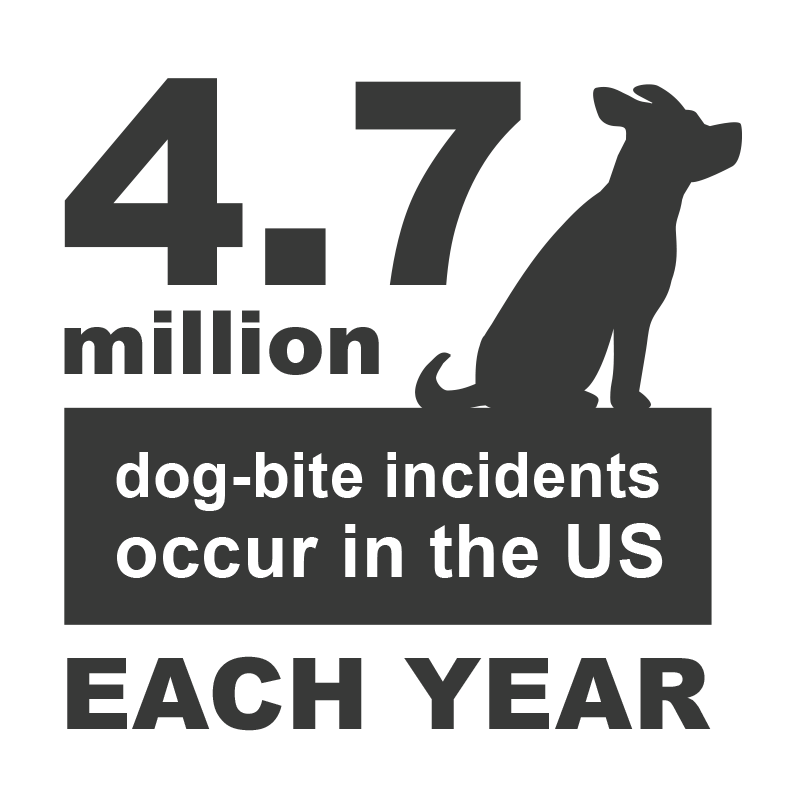 Animal attacks can be serious, causing major injuries and physical disfigurement as well. The lawyers of Chanfrau & Chanfrau have helped a number of dog bite and animal attack victims throughout the greater Daytona Beach area, recovering damages for injuries and also ensuring that the owner of the animal is held accountable for the incident.

There are many issues to consider when it comes to dog bites, from the circumstances of the incident to the breed of the dog. Let's take a moment to consider some numbers about these kinds of cases.

The Centers for Disease Control Estimate that there are 4.7 million dog bites in America during a given year. Thankfully the majority of these incidents are minor. For more serious dog bites and attacks, an estimated 800,000 Americans will require medical attention (many of them children); 386,000 American will require emergency medical care for their dog attack.

Numbers compiled by DogsBite.org found that there were 34 fatalities from dog bites in the year 2015.

Dog Bite Statistics for the State of Florida

Trends compiled by the Florida Department of Health found that there are two fatal dog attacks in the state each year. An estimated 600 Floridians require medical attention for their dog bites.

Children between the ages of 1 and 9 were at the highest risk of dog bites, with children in this age group more likely to be bitten on the neck or head. In fact, 86% of dog bite attacks involved children younger than 6 and dogs that were known to the family. More than half of these dog bites occurred at home or on the dog owner's property.

Some of the most commonly cited aggressive dog breeds include:

According to a 2009 academic article looking at numbers from the Children's Hospital of Philadelphia, two-thirds of the hospital's dog bite attacks were attributed to pit bulls (51%), Rottweilers (9%), or a mix of the two breeds (6%). DogsBite.org notes that in 2015, pit bulls were responsible for 28 fatal attacks and Rottweilers accounted for 3 fatal attacks.

Breed vs. Owner: What Causes Aggression?

The breed tendency in the above numbers may say something about the innate issues with these particular breeds. However, there are other factors to consider. Dogs that are mistreated by their owners as a result of abuse and neglect may wind up being aggressive and dangerous for a variety of reasons as well.

It may also be worth noting these numbers from American Humane: 92% of fatal dog attacks were perpetrated by male dogs, of which 94% were not neutered.

According to the Florida Department of Health numbers, the most common cause of dog bites was inappropriate behavior with the dog (26%). This could mean roughhousing, taunting, moving the dog against its will, and so forth.

In addition, roughly 24% of dog bite injuries were the result of the dog being protective of its owner or of its owner's property.

Numbers also noted that dogs that were off their leash and away from their owners property accounted for 32% of all dog bites. The causes of the incidents varied in these cases, but it does show why keeping your dog on its leash is so important.

Taking Precautions When It Comes to Dogs

When it comes to protecting yourself, your children, and visitors, consider a bit of caution and common sense.

For more information about your legal rights and options following an animal attack, be sure to contact our team of attorneys today. The legal team at Chanfrau & Chanfrau is here to help you in your time of legal need.