The Tragedy at Disney World Involving an Alligator: A Legal Opinion 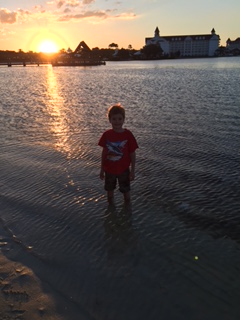 All of us at here at Chanfrau and Chanfrau are sickened by the tragic death of 2 year old, Lane Graves, who died as a result of an alligator attack at the Grand Floridian Resort last week in Walt Disney World.

As a mother of a young child who has recently waded in the waters of the same Seven Seas Lagoon, I am horrified.  As a personal injury attorney, I am angry and disturbed.

The point is this: Disney had an affirmative duty to protect young children wading on its white sandy beach from the aggressive and dangerous monsters lurking and infesting the Seven Seas Lagoon.

Disney’s liability could come down to 2 issues: notice and foreseeability. Disney cannot in good conscious claim they did not know about the alligators in that man-made lake, and to claim otherwise would be ridiculous. According to media reports over the last week, there were numerous employee reports of alligators, customer sightings, and videos demonstrating alligator infestation.  Thus, notice should be easy to prove.

Next, and because Disney was on notice of alligators, was Lane Graves’ horrific death foreseeable?  See Goode v. Walt Disney World Co., 425 So. 2d 1151, 1155 (Fla. 5th DCA 1982)(requiring Disney to go to trial in a case of a drowning child that crawled into moat, and holding that foreseeability of injury is a prerequisite to the imposition of a duty upon the defendant. If an injury is not reasonably foreseeable then there can be no recovery).  The Court in Goode, further held that a foreseeable consequence is one which a prudent man would anticipate as likely to result from an act and are those that happen so frequently that they may be expected to happen again and are therefore probable consequences. Foreseeable consequences are not “what might possibly occur.” Firestone Tire & Rubber Co. v. Lippincott, 383 So.2d 1181 (Fla. 5th DCA), review denied, 392 So.2d 1376 (Fla.1980). Although the actual harm that resulted may be seen as not foreseeable as a matter of law by the court, it is not necessary that the tortfeasor be able to foresee the exact nature and extent of the injuries in the precise manner in which they occurred; rather, all that is necessary is that the tortfeasor be able to foresee some injury likely to result in some manner as a consequence of his negligence. Braden v. Florida Power & Light Co., 413 So.2d 1291 (Fla. 5th DCA 1982); Crislip v. Holland, 401 So.2d 1115 (Fla. 4th DCA), review denied, 411 So.2d 380 (Fla.1981).

Here, its common sense that alligators are dangerous – and that alligators attack people, even in man-made lakes.  The Washington Post has reported that another child was attacked by an alligator at Disney’s Fort Wilderness in the 1986 (although that child survived).  This fact alone should prevent Disney from arguing with any merit that an attack like Lane’s was unforeseeable.

Notably and further, Florida courts have not always held landowners responsible for alligator attacks and Florida jurisprudence has dealt with issues of alligator attacks before. See Palumbo v. State Game & Fresh Water Fish Com'n, 487 So. 2d 352, 354 (Fla. 1st DCA 1986)(We also agree with the trial court's finding that appellant's total disregard of the clear warning signs present at the facility was the sole proximate cause of his injury when he was attacked by a gator.). However, our legal research shows that in the cases where Courts have not held property owners liable for alligator attacks, the property owner pointed to the plaintiff/victim and argued that the plaintiff ignored warning signs of alligators and/or knew of dangerous alligators yet entered the property anyway and swam.

Here, and unlike the reported case discussed above, the Graves are from Nebraska, and likely had no knowledge or any expectation that the Seven Seas Lagoon in Disney was infested with alligators. It’s Disney World, the happiest place on earth where families are supposed to be safe. Further, the beach where the tragedy occurred was white and sandy, had a fire pit, had umbrellas, had beach chairs and showed family movies.  Next, there was absolutely no warning of alligators – anywhere on that beach.

What was Disney’s legal duty to protect the Graves from a known dangerous alligator infested man-made lake? A sign on the white sandy beach warning “no swimming” was not enough, here.  At a clear legal minimum – Disney should have, and failed to, maintain clear signs warning guests of alligators in the Seven Seas Lagoon.

The facts of this case are as horrific as anyone could imagine.  In our view, it is very probable that a jury would find Disney was on notice of alligator infestation in the lake, an attack could have been foreseeable, and a tragedy could have been prevented by a warning sign to guests that alligators could be lurking nearby.

Our thoughts and prayers go to the Graves family, the police officers and emergency personnel who responded to the scene, as well as the cast members and employees of Disney.