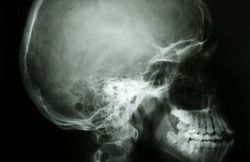 The legal team at Chanfrau & Chanfrau has a strong record when it comes to injury litigation in the greater Central Florida area. We take all injury auto accidents seriously given how they can affect the lives of victims. This is especially true if a major head injury or traumatic brain injury was sustained during the collision. With that topic in mind, let's consider concussions that occur as a result of major auto accidents.

What is a concussion?

A concussion refers to a closed head injury in which the brain strikes the inside of the skull. The brain itself is held in position by fluid protects the brain from mild forms of trauma. A sudden and strong blow can cause the skull to accelerate rapidly and the brain to move in the skull despite the protective fluid surrounding it. When the brain strikes the skull, it can lead to bruising of brain tissue, damage to the nerves, and harm to the blood vessels.

Concussions can be sustained as a result of all kinds of car accidents given the forces that are generated in a serious collision.

Some common and immediate signs of concussions include the following:

In the days that follow a car accident, the following symptoms may be detected:

Why Concussions Need to Be Taken Seriously

If a concussion is not treated properly, it can lead to lasting damage to the brain and various effects on a victim's mood and cognition. Injuries to the brain of any kind need to be assessed by a medical professional and properly dealt with. The failure to diagnose and treat a concussion following an auto accident can lead to problems in the future that could have been easily avoided.

In a number of cases, the seat belts, safety restraints, head rests, and airbags in a vehicle are able to protect a driver or passenger from serious head trauma and bodily harm. To minimize the possibility of a concussion in an auto accident, be sure to drive safely and smartly and to wear a seat belt.

How Our Legal Team Will Fight for You

In an auto accident, we will be sure to seek damages from the negligent party in order to cover medical expenses, property damage, and other losses and hardships related to the collision.

If you suffered a concussion after an auto accident and a doctor did not diagnose and treat it, we can look into legal actions against the doctor for misdiagnosis or failure to diagnose. This is especially important if the brain injury leads to major problems with wellness, such as mood disorders and memory loss.

Ultimately our attorneys will focus on fairness, ensuring that any negligent parties are held accountable for their actions.

Speak with the Legal Team of Chanfrau & Chanfrau

To learn about all of your legal options following a serious auto accident, it's important that you contact our personal injury law firm today. The legal team of Chanfrau & Chanfrau look forward to your visit and helping you receive just compensation for the hardships you have been forced to endure.