Car Accidents and Age: Are Certain Age Groups at Risk? By William Chanfrau, Jr. on December 28, 2014 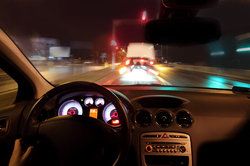 The team at Chanfrau & Chanfrau is committed to injury victims and their loved ones throughout Central Florida. We know that serious auto accidents require skilled attorneys to hold reckless and negligent parties accountable. We will be here in your time of legal need.

One thing to keep in mind is the age of drivers on the road. Statistics show that younger drivers, particularly in their twenties, are more likely to be involved in collisions than other age groups. Let's consider these matters right now.

According to the Florida Department of Highway Safety and Motor Vehicles, there were a total of 316,943 motor vehicle collisions in 2013, which involved 533,555 drivers.

Breaking down these numbers by age, we find that the following five age groups were involved in the most accidents in the state:

As you can see, drivers in their 20s account for nearly one-quarter of the traffic accidents in Florida in 2013. This is due to a number of factors, including the greater likelihood for young drivers to speed and take unnecessary risks, as well as the potential for drunk driving and other irresponsible behaviors on the road. Numbers generally show that these behaviors are exhibited more by male drivers than female drivers.

Crunching the Numbers on Teen Drivers

Florida Department of Highway Safety and Motor Vehicles found that teenage drivers (aged 15-19) accounted for 38,347 collisions, which is 7.2% of all accidents. Some would expect these numbers to be higher given the potential for driver inexperience, risk taking, and underage drinking, yet teenage drivers did not account for the top five age groups at risk.

That said, the number of teenage driving collisions need to be taken seriously. There were 57 driver fatalities and 46 passenger fatalities in teenage auto accidents in 2013. In addition, 9,495 drivers and 7,453 passengers were injured. These are numbers that should not be ignored and that parents should take seriously with regard to their children.

One reason why younger drivers (teens through their twenties) may be more prone to accidents is driver distraction. This is especially serious given how many people, particularly young people, text or use their cellphones while driving, increasing the chances of a serious accident.

According to numbers from the US government's official website for driver distraction, an estimated 10% of all drivers younger than 20 were involved in fatal collisions caused by driver distraction. As for drivers in their 20s, they account for as much as 27% of distracted driving fatalities.

Given the numbers above, we encourage young drivers to think before doing anything rash. Drive carefully and abide by all rules of the road. Make sure to never drink and drive, and please keep that smart phone or tablet tucked away until your car is parked and away from traffic.

Speak with the Lawyers of Chanfrau & Chanfrau

For more information about your legal options following a serious auto accident, be sure to contact our personal injury law firm today. The legal team at Chanfrau & Chanfrau looks forward to meeting you in person and helping you receive just compensation for any injuries sustained and hardships you have had to endure.