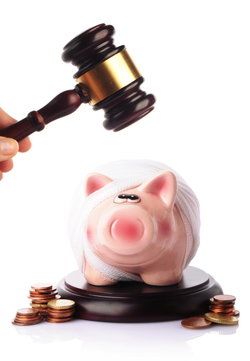 At our Daytona Beach law firm, we aim to get our clients the fullest and most appropriate compensation they deserve. In most personal injury lawsuits, this means proving the guilty party’s liability to such an extent that all damages are covered, such as medical damage, property damage, and lost wages. But in cases where damages are extensive or cannot be entirely compensated through traditional means, an additional means should be provided to better rectify the situation. This is typically seen in the form of punitive damages, which are intended to punish the guilty party in a manner relative to the damage incurred.

What Are Punitive Damages?

In cases where traditional compensatory damages are insufficient compared to the defendant’s actions, punitive damages are a way to further punish the defendant and aid those who have been wronged. As per 2012 Florida statutes, a defendant may be held liable for punitive damages if he or she is found “guilty of intentional misconduct or gross negligence.” In other words, a defendant must be proven to have exhibited:

Punitive damages may be awarded in any instance where injury, damage, or the potential for damage transcends the compensatory capabilities of any initial lawsuits. For example, if an employee is injured due to workplace conditions, compensation will first be awarded to cover the cost of medical bills, ongoing medical care, and any lost wages as a result of the accident. However, if the employer knew about the hazardous conditions and their potential for severe injury, punitive damages may be added on top of the aforementioned compensation.

Another instance in which punitive damages may be appropriate is an automobile accident in which the offending driver was showing extreme recklessness, such as doubling the speed limit in a congested area. Alternatively, punitive damages may be awarded to the victim of a car crash that was caused by a defective automotive part, especially if that part has caused past injuries or has the potential to cause future ones.

How Much Are Punitive Damages Worth?

Because punitive damages are decided in relation to the misconduct committed and its consequences, the monetary amount can vary greatly. For cases in which an individual has suffered moderate injuries from an isolated incident, the added damages may be relatively modest. For accidents that are only representative of a larger problem, such as a defective product, punitive damages can reach very high sums - in 2012, the top punitive damage claims in California ranged from $7.5 million to $125 million. Of course, multiple factors must be considered when deciding on the sum of a punitive damage lawsuit, namely:

Should You Seek Punitive Damages?

If you have been injured and are worried that regular compensation will not be enough to fully offset the consequences of your accident, a punitive damage lawsuit may be the answer. Contact our firm to learn more about this course of action and whether it is suitable for you.