Beth Sattizahn needed experienced legal representation after she lost her leg in a motorcycle accident. In this complicated case, she was hit by a riderless motorcycle during Daytona's 2004 Bike Week. Chanfrau & Chanfrau did extensive investigative work, and was able to help her get the compensation she needed to rebuild her life.

MS. BETH SATTIZAHN: I was here for Bike Week 2004; my first time ever in Daytona and I was here 24 hours when I was in a really bad motorcycle accident. I'm from Pennsylvania; I didn't know anyone here in Florida. The accident that I was in was very freak. It was just a freak accident. It wasn't like a normal oh somebody got hit by a motorcycle. I got hit by a riderless motorcycle and a lot of attorneys will run after that and go and be in your face you know. But I actually sought them out and if it weren't for the Chanfraus I wouldn't have gotten any settlement because the owner declared bankruptcy. There was very little insurance money. The outcome of my case was that it came about because of the investigative team that Chanfrau and Chanfrau uses. They had got an extensive team here that goes out and researches and they were very thorough because even with no money, losing a leg and I didn't lose the leg initially but the doctor said to me we fixed your arm now we're going to take your leg and I said you're not taking my leg. So when I realized that had happened I was pretty much in shock but anyhow then finding out there was no money to and no money's ever going to bring your leg back or your body part back and so it wasn't about that but you know I was going to have expenses. For them to go out and find a witness who had anything to do with the whole case, you know the whole situation that he was there and they got him to come forward and just because of all their investigating they were able to get me money and so now I have my own Harley Trike and I was able to put handicap accommodations on my home. Without that it would have been very bad. Roxie and Bill, Jr. and Bill, Sr. and the whole team have just made me feel like part of the family and Roxie and I are friends today and I visit and I consider them friends and they just worked even when there was no guarantee of getting any settlement, any money they worked hard, they still kept me informed, they just treated me like they would treat their own family if something like this happened to them.

Welcome to Our Webstory

About Chanfrau and Chanfrau

Types Of Cases We Handle

What Sets Us Apart

Dedicated To Protecting Your Rights

When to Choose a Local Attorney

Types of Cases We Handle 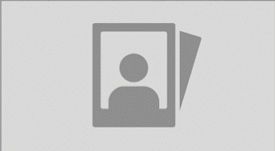