Each year, too many Palm Coast, FL, area residents and visitors are involved in vehicle accidents that cause injury and death. Serious car accidents often occur on I-95 or A1A where high speeds and heavy traffic can create dangerous situations. If you or a loved one have been involved in a car crash that was another driver’s fault, an experienced car accident attorney at Chanfrau & Chanfrau can assist you during this difficult time. W. M. Chanfrau, Sr., William Chanfrau, Jr., and Kelly Chanfrau have deep roots in the community and settle for nothing less than full compensation for our clients. You can schedule a complimentary consultation by calling (386) 258-7313 or contacting us online.

Several factors contribute to accidents in and around Palm Coast. Though the number of accidents is falling, the Florida Highway Patrol reports that fatalities continue to rise.

Increased Traffic on Our Roadways

As a city that has seen its population nearly triple in under 15 years, Palm Coast has more drivers on the road than ever before. Tens of thousands of residents use the city’s many residential streets, boulevards, state roads, and interstate highways to commute and travel every day. As the largest city in Flagler County, Palm Coast is frequented by visitors passing through as well. Seated in the heart of the greater Deltona–Daytona Beach–Ormond Beach metropolitan area, many drivers pass through Palm Coast on their way to various points in northeastern Florida.

The Influence of Trucking

Residents and tourists alike travel I-95, the large interstate freeway that connects Maine to Miami. A large number of semis transporting goods through the area puts drivers at risk of being involved in trucking accidents. Speeding, texting while driving, driving under the influence, and tailgating can all result in collisions. These dangerous behaviors can have catastrophic consequences, particularly given the amount of traffic on I-95, A1A, and other roads in our area.

Despite laws prohibiting drinking and driving, drivers all too often get behind the wheel after they have consumed alcohol. Unfortunately, local residents are not immune to this problem. In late 2017, for example, a drunk driver lost control of his car on A1A, slammed into a tree, and killed the passenger.

Using a cellphone while driving is also a common cause of accidents. Even brief moments a driver is paying attention to their phone and not the road can be disastrous.

Fighting for a Safer Community

The attorneys at Chanfrau & Chanfrau have deep roots in the area extending for generations. As members of the community, William Chanfrau Sr., Kelly Chanfrau, and William Chanfrau Jr. fight for safer roadways and justice for accident victims. Serving the area since 1976, our firm remains committed to assisting those who have been hurt due to another person or party’s negligent actions.

As members of the community, our attorneys fight for safer roadways and justice for accident victims.

In car accident cases, your attorney will review police reports, witness testimonies, medical records, photographic or video evidence, and more to ensure all relevant facts are gathered. Using this information, they will make the strongest case possible that garners you compensation for your current and future losses relating to the accident. 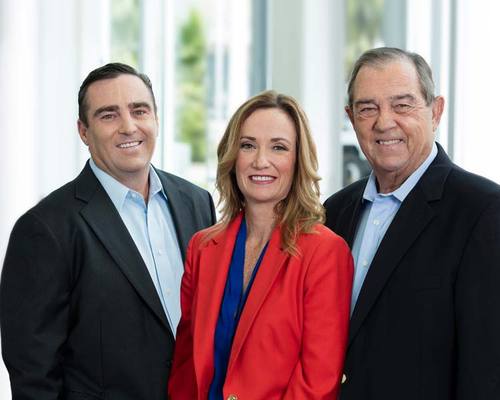 Take the First Step Towards Recovery

Victims or their families should reach out to a reputable attorney as soon as possible after a serious car accident. Schedule a free case review today by contacting us online, or calling us at (386) 258-7313.