A car accident happens in a flash, but a personal injury can have lasting, life-changing effects on not only you but your family as well.

Medical bills, lost income, and dealing with insurance companies after a car crash can add insult to injury, but our car accident lawyers can provide assistance during these troubling times.

The personal injury attorneys at Chanfrau & Chanfrau can provide clients in Bunnell, FL, the help they need to move forward following a car accident...

What Should I Do following a Car Accident?

If you were involved in a car or truck accident resulting in personal injury, the first thing you should do is contact the authorities so that the injured party can receive medical care. Prompt medical attention can make all the difference if someone has sustained an injury.

Once any injuries are addressed, get the name and contact information of the other driver, any passengers in the car, and any witnesses there may have been to the car accident. A witness may be able to provide important details crucial to your car accident claim.

In a personal injury case, photos are incredibly valuable. Any kind of property damage, nearby signs, and even road conditions need to be documented with photographs. Quality photos help your personal injury attorney build an effective car accident case.

Your insurance company will need the insurance policy information of the other driver in order to begin to process your claim, from property damage to medical bills. If you have been in an auto accident with an uninsured driver, your car accident lawyer can still pursue a settlement.

Write down the name and badge number of the police officer who arrived to investigate the car accident. This will enable your car accident attorney to obtain a copy of the police report so that the team at our law firm can determine if you have a case against the other driver.

Do Not Admit Fault

Any number of factors can contribute to a car accident, and the simple fact is you may not be aware of every aspect of an accident immediately following the incident. Something as seemingly minor as an apology can be construed as an admission of liability.

How We Fight for You

As a family law firm, we are committed to defending the rights of our fellow community members. You can count on our team, W. M. Chanfrau, Sr., William Chanfrau, Jr., and Kelly Chanfrau, to aggressively represent you. For decades, we have been battling against insurance companies and opposing counsel. We know their tactics in denying, devaluing, and delaying legitimate claims. With this knowledge, we can build cases that settle for maximum compensation or win the verdict you deserve in court. Let us handle the legal burden connected to your accident, so you can focus on recovering and moving forward in a positive direction.

Chanfrau & Chanfrau is a family practice where you get the time and attention you deserve. They were both helpful and professional. When I was hit by a drunk driver they navigated in every way to ensure that I was reimbursed for my lost wages and my vehicle completely fixed. Thank you all for your time and dedication. Would highly recomend

Absolutely awesome. Amanda who worked on my case, made everything so easy and simple to understand. She took care of a difficult situation very swiftly and quickly. If god forbid I'm ever in an accident again I will definitely be turning to Chanfrau & Chanfrau for help. I didn't know where to even begin with the insurance paperwork and medical billing and Amanda took care of everything for me. Thanks guys! 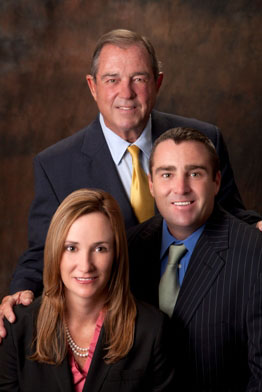 If you or a loved one have suffered a personal injury due to another driver's negligence, contact the law firm of Chanfrau & Chanfrau today for a free consultation and case review. Since 1976, our car accident attorneys have helped clients secure just financial compensation for their injuries. Our offices in Daytona Beach and Palm Coast serve the needs of clients in Bunnell and throughout central Florida. Schedule a free consultation with a car accident lawyer at our compassionate law firm. Contact our conveniently located offices online or call us at (386) 258-7313 today.

In recent years, serious auto accidents resulting in injury have occurred too frequently in Bunnell, FL. According to the Florida Highway Safety and Motor Vehicles Department, Flagler County averaged 827 car accident-related injuries per year between 2016 and 2018. Considering the county's population of 115,081 in 2019, that is a significant percentage of those living in and around Bunnell. State Road 100 and U.S. Highway 1, in particular, have been the scene of catastrophic accidents.

As the county seat of Flagler County, Bunnell is a small town with two major roads running through it. U.S. Highway 1, or State Street, passes through the center of Bunnell. Florida State Road 100 connects the town with Flagler Beach to the east and Palatka to the northwest. Along these two stretches of roadway, residents have experienced several serious car accidents in recent years.

This roadway is known for its speeding motorists and serious car crashes. The speed at which vehicles travel can be dangerous, particularly at certain intersections where it is difficult to merge into the fast-moving traffic. In fact, five people were killed in such a car accident in February 2017. Their vehicle attempted to turn onto U.S. 1 from Old Dixie Highway at an intersection with a stop sign. Locals blame the intersection and the fact it features a stop sign, rather than a traffic light, for contributing to the high number of car accidents here. Besides potential problems with traffic engineering, speeding motorists along U.S. 1 become particularly dangerous when cell phone use or alcohol is involved.

In February 2018, two people lost their lives in a car accident involving three vehicles along State Road 100. The driver of a Chevrolet S-10 slowed down and the car behind it failed to stop, slamming into the pickup. The impact caused the truck to be pushed into the eastbound lane, where it was hit by a second car. The second impact caused the S-10 to spin, ejecting two passengers who died of their injuries. While no cause for the failure to stop was made public, collisions like these are often due to driver negligence. A moment’s inattention – whether to check a phone, change the radio, or turn to look at a passenger – is all the time needed to cause a fatal car accident.

"All the satff members worked diligently to help me with my case. They were very professional and kept me abreast of what was happening. Never having been involved with an injury lawsuit or any kind of lawsuit; I felt lost, but Bill Chanfrau Jr guided me through the process. In the end I received a very just settlement. I was very happy to find I had chosen a kind, understanding and ethical lawyer who fought long and hard for me." Barbara Melendez - 5 Star Google Review

Our Injury Lawyers Take Special Care to Build Your Case

To make a winning claim, we will identify the most relevant evidence to your case. This may include police reports and photographs taken at the scene. We will also use witness testimony and review medical records, which are particularly important in these cases since they connect the injuries to the car accident. Healthcare bills and records also serve as a major factor in calculating past and future losses, which serve to inform the amount you should be awarded in damages.

Schedule an Appointment
View All Pages